And here is the last of the old stuff I can post - a 44 gun East Indiaman, a 1:1200 model from GHQ. Throughout this era every European nation worth its salt could boast an East India Company, a private organization chartered to conduct trade with the nations of, well, the East Indies. The most powerful of these companies, such as the British and French EICs, operated enormous merchant fleets, and to protect their fabulously expensive cargoes they maintained their own private military apparatus as well. They also often enjoyed close support from national militaries, as their operations were so important to the economies of their respective nations.

I painted this model to look less like a national navy ship than many of these vessels actually did - in particular British EIC warships were commonly painted just like Royal Navy vessels. I wanted something that could fill a number of roles, as needed.

As I always do with these models now, I replaced the bowsprit with one of my own making (of steel and brass rod) because it adds a great deal to the strength of the model. I also raised the hull up slightly on a thin sheet of plastic, and mounted it on a resin sea base from Langton Miniatures, putting a plastic base with a magnetic layer under that for ease of transport and storage. 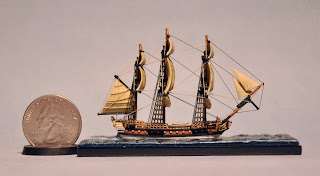 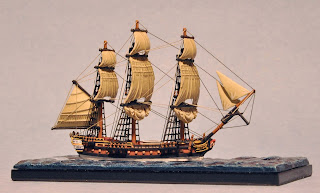 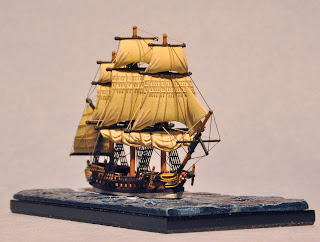 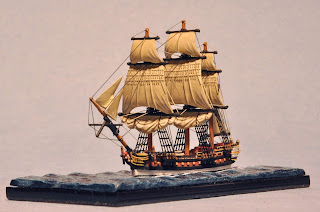 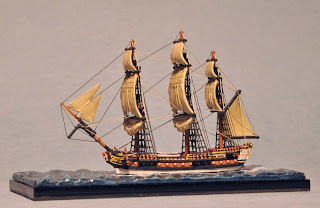 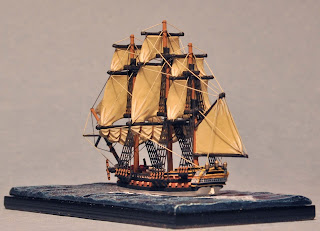 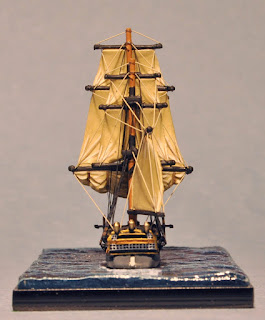 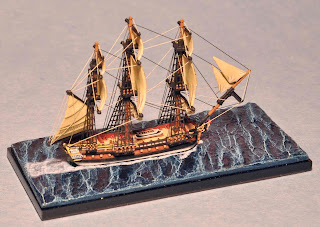